Lizard King Mushrooms are a Psilocybe Cubensis strain named after the man who discovered the strain in Northern Mexico. The genesis of this shroom strain is hard to track down and its exact origin story is hard to confirm, but the name does suggest and reflect the counter-culture movement of the 1960s. Jim Morrison, the infamous lead singer of the American rock band the Doors; was known to be the Lizard King. This nickname was given to him because he grew up in parts of New Mexico where snakes, lizards and other assorted desert creatures were part of his early childhood. The Lizard was his spirit animal or his nahual, his shamanic alter ego.

Lizard King shrooms are known to be fast growers and characterized by having fast flushes of growth. There are reports that the therapeutic experience is very spiritual and not much of a body high. This may be good for those looking to spend time outdoors.

Be the first to review “Lizard King Mushrooms” Cancel reply 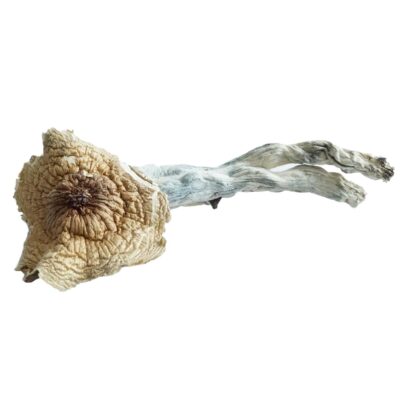